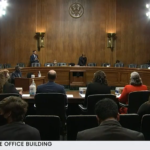 Owing in part to the national attention on conservatorship / guardianship from the Britney Spears case, Senators Blumenthal and Cruz announced that the Senate Judiciary Committee would be holding a series of hearings, titled, “Toxic Conservatorships: The Need for Reform“. They requested testimony from throughout the disability community as well as other effected people. TASH submitted written… read more

Please join CalTASH on November 16, 2021 from 10:30 am -12:30 pm PST for a FREE Webinar as we examine the Federal HCBS Setting Rule including the challenges and obstacles that need to be overcome to align with the ruling. Presenters will share information and strategies from different perspectives on how to take the Federal HCBS setting rule policy… read more