This blog post was originally published on March 20, 2015 by the SWIFT Center 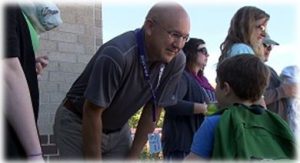 Fifteen years ago, of all school districts in Wisconsin, the Stoughton Area School District (SASD) had the third highest percentage of students identified with disabilities in the state. Including our 3 to 5-year-old population in that calculation, over 19% of our students were identified as having a disability. It was significantly above the state and national averages for special education incidence rates, and not surprisingly, the Wisconsin Department of Public Instruction suggested we might want to think about what was going on in SASD.

That ugly statistic was the best thing that could have happened to our school district. It was the motivation for serious organizational soul searching, and helped produce one of the most satisfying professional and personal initiatives I have ever been part of.  Our school district, and each individual school in it, began a multi-year process of understanding and addressing the beliefs and practices that led us to grossly over identify students as having disabilities. Looking back, it is amazing how far our school district has come, and equally so that my school—Fox  Prairie Elementary—has been selected as a Swift Knowledge Development Site. Fifteen years ago, our school was identifying upwards of 18% of our students with disabilities, educating them in outmoded “pull-out” models that segregated them from their peers, and seeing poor educational and personal outcomes for all of our students. Now we are proud to be a SWIFT KDS school and an exemplar of inclusive education. From crisis comes action, and from action comes success. 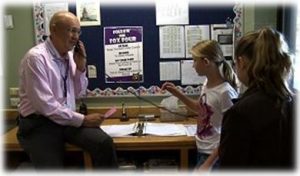 To the credit of all involved at SASD, when addressing the incidence rate data, we were not told to “get that number down.” Instead, we processed our situation by owning our data, confronting our professional beliefs and instructional practices, and asking hard questions about why our default response to students who struggled seemed to be “assess, label, and place.” Most important was the discussion about what practices are best in serving students with disabilities, whether that population be 20% or 3% of the student body.

That conversation, which spanned multiple years and continues today, is embodied in the SASD belief statements you will see in the Issue Brief: How Change Occurred at the Stoughton Area School District. At Fox Prairie, it is put into practice through a ferocious and unflinching commitment to educating students with disabilities in the regular classroom with their peers. This belief is a school-wide rallying cry for us at Fox Prairie.  You will hear that attitude voiced by everyone here—myself, classroom teachers, educational assistants…even our custodian—all of our planning, all of our discussion, centers on the simple but powerful belief that ALL children belong. For some of us here at Fox, it is also a personal commitment because we have children of our own identified with disabilities who did not attend schools with that devotion to inclusion, and we have lived with the dreadful outcomes that come of that.

I think we are most proud of seeing what an inclusive approach does for students who have previously been in segregated settings. Over the years, we have had students with significant and challenging disabilities enroll at Fox Prairie who were “educated” in their previous districts in highly segregated settings. For example, one student identified with autism came to us in second grade from out-of-state. He had been placed in a segregated school for students with autism since preschool. When his mother was told he would be supported in a regular classroom with his same age peers, her first reaction was to worry that he would be a distraction to the other students and wasn’t sure if he “belonged” there. Indeed, his first few months were difficult as he was very emotional and anxious about being in an integrated setting, and that led to many outbursts and challenging behaviors. Even in quiet moments, he did not speak to or make eye contact with his classmates.

Three years later, he is now a fifth grader, and you would have a difficult time picking him out as a student with autism. He initiates conversations. He has friends who choose to hang out with him on the playground and lunchroom. He and his mother post videos he makes on YouTube because he loves sharing what he can do with his iPad. His life (and those of his classmates) is far richer and filled with friendship than it would ever have been if he had stayed in that homogenous, segregated school for students with autism. 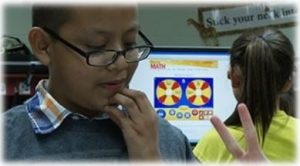 This is not an unusual experience for us. We have seen the powerfully good outcomes that result from children simply being with their peers. Rest assured that there are MANY things we do in regard to planning, support, and staff development that make inclusion effective and successful here. It IS hard work, but it starts with the simple—but often rare—commitment to including all students in the regular classroom. When kids with disabilities leave public education, they will not shop at a special education grocery store, or eat at a special education McDonald’s, or live their lives walled off from the rest of the non-disabled world…nor should they. Ensuring they participate in life fully and benefit as learners and people from taking part with their peers is what we are committed to.