Today’s episode is particularly urgent. The Senate released its bill to repeal the Affordable Care Act and cut Medicaid this morning. Listen to it right away then get busy. TASH talks with Gonzalo Martínez de Vedia, a Policy Manager with The Indivisible Project, about what this bill means and how you can talk to your Senator — Republican or Democrat — to effectively convey the importance for people with disabilities of it not passing. 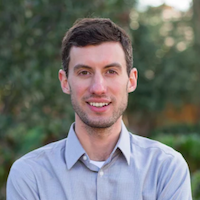 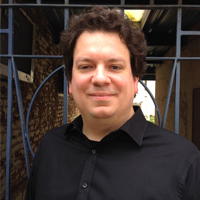 Donald Taylor is responsible for membership and chapters at TASH and is the producer of Amplified.

Announcer: You’re listening to TASH Amplified, a podcast that seeks to transform research and experience concerning inclusion and equity for people with disabilities into solutions people can use in their everyday lives.

Today we are talking with Gonzalo Martínez de Vedia, who is a Policy Manager with The Indivisible Project. Indivisible started as a 23-page guide on how to influence your congresspeople, written by former congressional staffers with first-hand experience of what works and what doesn’t work. The guide had been downloaded over 2 million times and Indivisible now comprises nearly 6,000 local groups. Their primary focus in recent weeks has been on preventing Congress from repealing the Patient Protection and Affordable Care Act, and cutting $800 billion from Medicaid — which they could do as early as next week. We talk with Gonzalo about what TASH members can do to protect these essential rights of people with disabilities.

Donald Taylor: The American Health Care Act is really close to having the votes to pass in the Senate. So I think the idea is to look at specific [influenceable] Senators. Which Senators, and in which states, are the most important Congresspeople for citizens to try to influence?

You know, the first answer, of course, is we encourage people to call whoever their individual two senators happen to be in whatever state they are. And there is work to do in all in all states.

But as a national campaign, of course, we have to hone in on certain targets, especially now that we’re getting into the final stretch. You know, the House has already voted. We are now in the Senate and in we are in the final stretch of the Senate negotiations. And what the Republican caucus and leadership is trying to do as we speak is to coax and buy-off the very last couple of votes they need.

Now remember: in this particular case, they are going to use a Senate procedure known as reconciliation, so that they don’t have to meet their usual standard of having a filibuster-proof vote of sixty. They actually only are going to need fifty votes, plus Mike Pence to break the tie — if it happens to be a fifty or fifty-one votes — just to get it through without the help of the White House. And in order to get to that, they almost need every Senator in the chamber to vote — you know — every Senator in the Republican caucus to vote for the bill. So that means that they can not afford to lose more than two Senators. And there have been Senators out there within the Republican caucus that have shown deep reservations about moving forward with Trump care.

So, if we were able to peel off even three of those eleven, we’d be in great shape in making sure that this disastrous bill doesn’t get through.

Donald Taylor: So it’s great if you live in one of those districts, but all-too-many of us live in districts where our Congresspeople are already going to do the right thing. For example, my Senators are Mark Warner and Tim Kaine and my Representative is Donald Beyer. What can I do in a district where they’re already going to vote against the American Health Care Act?

Gonzalo Martínez de Vedia: You know, this is a very common question that we get. You know, there are 6,000 Indivisible groups, using the Indivisible strategy around the country right now. And they’re spread out in every congressional district in every state, so that means — yeah, absolutely — that plenty of folks tuning-in and wanting to do something about this policy are doing it from zip codes that are already sending folks that are on the right side of this particular fight on health care.

But I think what’s important to know about the Senate is that it doesn’t operate exactly the same way that the House operates. And what that means for Democrats is that they actually have a lot of tools at their disposal to slow down the process and draw more attention to what is in the bill. So what McConnell and the Republican caucus happen to be, you know, using as a strategy right now, this month, is to get everything done before July 4th so that they don’t really have to face their constituents and have an open and honest conversation about the way that TrumpCare would affect millions of Americans. So one way that Democrats can really, kind of put a hitch into that into that plan is to bring Senate business to a halt. You know, there are plenty of things that the Senate would like to be spending its time on — not the least of which are confirming all of the different nominations that Trump has put forward; they want to have sanctions for Russia; and they want to get to the bigger policy items of the budget, tax reform, infrastructure. So there is an inherent interest in the Senate to keep things moving along and get this bill through quickly. But if Democrats really want to protect the people that are going to be affected by TrumpCare, one thing they could do is to say that is so unacceptable to be kept in the dark about what might be in in the package that, you know, no other Senate business could move forward. They could do that by withholding consent; they could do that by what’s called filibustering by amendments — which would be to offer and endless amounts of amendments to prolong the process.

And essentially, at the end of the day, there are ways that the majority in the Senate would be able to overcome these procedural moves. But what it would accomplish is, it would create more media attention into this pivotal moment in the fight over health care and potentially get more people tuned in to what’s happening so they can finally talk to their Senators about stepping away from this really bad proposal.

Donald Taylor: So what can our members do to save Medicaid in the Affordable Care Act? How do people get involved? Where can people learn more?

Gonzalo Martínez de Vedia: So a good first step is to go to IndivisibleGuide.com or, specifically, if they happen to be in one of the ten states that I mentioned before they can go to a dedicated site that we have set up for this particular fight that’s called TrumpCareTen.org — that’s TrumpCare T-E-N dot org. And they will find daily call scripts that they can use to begin to have a conversation with their Senator about what’s happening with Medicaid and the Affordable Care Act.

You know, we always tell folks the most powerful thing they can do is to speak from the heart, and talk about how these proposals would affect them, and their families, and their neighbors, and their communities. So that’s really what we should be calling all of our Members of Congress about. But these call scripts provide a little bit of a framework to know how to structure a conversation like that. And honestly it takes a little bit of the mystery out of doing something that some folks might be doing for the first time, which is to show up and have a conversation with a congressional staffer.

So if we go onto IndivisibleGuide.com, there are scripts that are being uploaded daily about all the different ways that the American Health Care Act would affect things like Medicaid. But also folks with preexisting conditions; nursing homes; folks that are worried about opioid crisis — you know, there are many angles to this and there are many ways that we’re going to talk to Congress about it.

And finally there is a map that is found on there are a tab called “Act Locally” and if folks open up to the Act Locally map, they would be able to see in their zip code what Indivisible groups are already active and what town halls might be planned in their district, so they can go and show up and talk in person in their member of Congress about how they feel.

Donald Taylor: Gonzalo Martínez de Vedia, thank you for taking the time today to talk with our members about what they can do to save their health care services.

Gonzalo Martínez de Vedia: Thanks so much for having me.

Announcer: You’ve been listening to TASH Amplified. For more about the series, including show notes, links to articles discussed, a complete transcript and a schedule of episodes, visit tash.org/amplified. You can subscribe through iTunes or your favorite Android podcast app to have the series delivered automatically to your device so you never miss an episode. If you enjoyed today’s episode, please share it with your friends and on your social networks.

Today we spoke with Gonzalo Martínez de Vedia from The Indivisible Project. To learn more about Indivisible, download their constituent action guide, and find an Indivisible group in your area, visit www.indivisibleguide.com. If you live in one of the ten key states that Gonzalo listed as having a Senator who is on the fence – Alaska, Arizona, Arkansas, Colorado, Louisiana, Maine, Nevada, Ohio, Pennsylvania or West Virginia – visit Indivisible’s website dedicated to constituents influencing those Senators, TrumpcareTen at www.trumpcareten.org.

TASH also has its own Save Medicaid kit on our website, which you can find at tash.org/SaveMedicaid. But mostly you should call your Senator before Thursday next week and let them know how these cuts to critical services will impact you or the people you support.

TASH is a values and research-based advocacy association with an over 40-year record advocating for the rights of people with disabilities. TASH is a coalition that unites people with disabilities, researchers, educators, service providers, family members and others in the cause of guaranteeing that people with disabilities are able participate in all aspects of life. In addition to this podcast series, we offer a scholarly quarterly, Research and Practice for Persons with Severe Disabilities, a popular magazine, Connections, local chapters coving 18 states, a series of webinars and regional conferences, and our annual conference. The theme for our 2017 annual conference is “Still We Rise for Equity, Opportunity, and Inclusion”. The conference will be in Atlanta, Georgia, from December 13th through 15th, and will feature about a 1,000 attendees and 300 presentations by researchers, self-advocates, family members, educators, agency personnel and other experts and advocates. You can learn more and register for the conference at tash.org/conference2017. You can receive updates from TASH on this podcast and our other activities by following us on Facebook or on twitter at @TASHtweet.

Music for TASH Amplified is an original composition and performance by Sunny Cefaratti, the Co-Director and Autistic Self Advocacy Mentor at the Musical Autist. You can learn more about the Musical Autist at www.themusicalautist.org.

This interview was originally recorded on 15 June 2017.