“Our daughter, Erin, unexpectedly passed away just two months after graduating from high school in 2004. Her sudden death brought forth a multitude of people, each expressing how he or she had been personally transformed by Erin’s presence and full participation in school and in life. Throughout her life, I shared stories, observations, surprises, and my reflections about what I felt we were learning from Erin and the relationships she and we were building.” (McKenzie, Reflections of Erin) 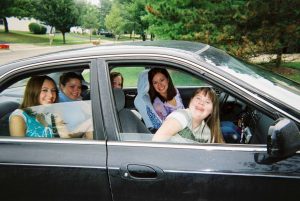 Inclusion looks like a group of high school friends hanging out! Erin first met Emily, Meghan, and Kristin when they started kindergarten in their neighborhood grade school in the same general education class. Chelsea joined the group when they met in high school and she shared later, “I had the privilege of meeting Erin my freshman year when we both took choir…Junior year I had History with Erin. I sat next to her and got to know her a lot better…I am thankful for her acceptance and her willingness to include me in the traditions that were already made.” (McKenzie, Reflections of Erin)

Inclusion looks like a student who actually loves Shakespeare! Fortunately Erin was in the general academic English classes and introduced to great literature like all the other students. 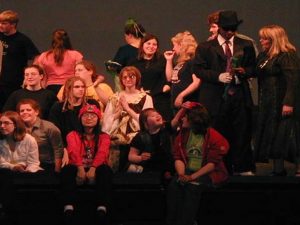 Inclusion looks like a diverse group of theatre lovers having fun! Erin discovered theatre in her neighborhood middle school through her friends and became a proud thespian from then on. The summer between her junior and senior years she began working with the Otterbein University Theatre Department and the vision was that being her journey forward. The high school theatre troupe renamed an annual award in her memory, “The Erin McKenzie Theatre Participation Award,” and many students with and without disabilities have received $1000 each toward their future endeavors from funds raised totally by the students each year in a special show written, directed, choreographed, and acted by them. 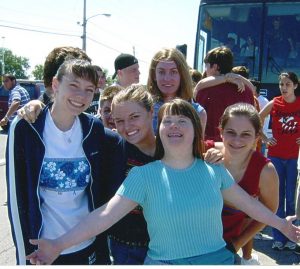 Inclusion looks like a happy group of friends on the senior trip to Cedar Point! Erin started with the neighborhood students in kindergarten, began high school with them, and graduated with them. She was a fully participating MEMBER of the class of 2004. 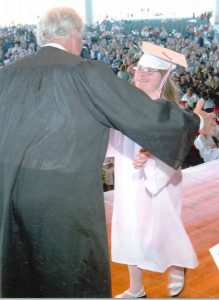 To learn more about and purchase Barb McKenzie’s book, Reflections of Erin – The Importance of Belonging, Relationships, and Learning with Each Other, click here.