Nate Trainor was born in 1984 with a rare disorder called Joubert Syndrome that occurs in around 1 out of 100,000 births. At just two years old, Nate was labeled “severely and profoundly retarded” by the professionals; a label that he would have to live with for many years. Soon after his diagnosis, Nate began attending a segregated preschool. According to Nate, life at the segregated school was “different because they dauntingly made us dumb by doing nothing with our minds.” Children at the segregated preschool would copy each other’s behavior since they were not stimulated mentally. They would bite their own hands, yell, and stare off at the wall making the teachers think they were “retarded.” This resulted in teachers who would spend the day feeding and changing the children, not exposing them to academics like their typical peers. 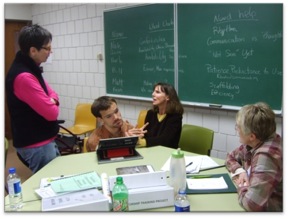 At age six, Nate’s parents decided to seek a more inclusive lifestyle. According to Nate, moving him to an inclusive school was the best option his parents ever gave him. Nate’s new school, Hansen Elementary in Cedar Falls, Iowa, opened the doors to a whole new world. He became much more responsive to the world around him and was able to connect with his teachers. He began learning in ways that were not possible at the segregated preschool. He described the experience as “reasonable because taking my mind to new places was a miracle from God above.” 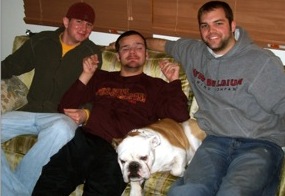 Although the new school was a wonderful experience for Nate, he spent nearly three hours a day on the school bus. Because of this commute, he transferred to West Cedar in Waverly, Iowa, his neighborhood school that allowed him to thrive. Nate graduated from Waverly High School in 2003 and continued on to Wartburg College where he audited classes. By 2005, Nate had moved into a duplex with two other roommates, neither of whom had disabilities, and by 2006 he discovered a means to communicate through supported typing. Nate describes his living situation as “awesome” and “free from dear mom.” His roommates treat him as an “easy friend,” they go places, rent movies, and have beers. Nate credits communication with providing him a voice, freedom, and dear friends. For Nate, typing has erased the dead silence he once had and he is thankful to his mom and friends for learning to communicate with him. 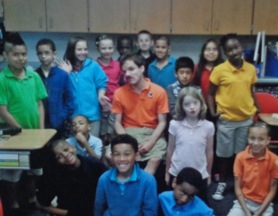 Today, Nate enjoys volunteering at schools, making presentations, working at the wellness center, eating out, reading books, swimming, and riding in his convertible. He believes that those who meet him and think of him as different soon realize that he is an awesome person and a great friend. He feels happy and respected when his friends include him in activities and enjoys living a free life with no regrets. Nate lives as a fully contributing member of his community. According to Nate, not being able to communicate through supported typing before was a sad way of life. He believes that his lack of communication was the reason he was treated as incompetent, and therefore the reason he acted incompetent. “My mother and I are advocates for people with disabilities; without communication, I’d be a dead advocate.”

People are on the beach
People like me
People understand the waves
People might find alike speech
Dear friends we are.
Care is what I crave.

Do you have a story like Nate’s to share? Email balvare@tash.org to submit your story. Stories must be 300-400 words, submitted as a Word document, and are subject to approval.  Join the campaign and share.