The TASH Board election results are in: Matthew Medina was re-elected to a second term, and Mathew McCollough and Hezzy Smith, were elected to first terms. Additionally, Chris Rodriguez was appointed to the Board for an ex officio one year term. 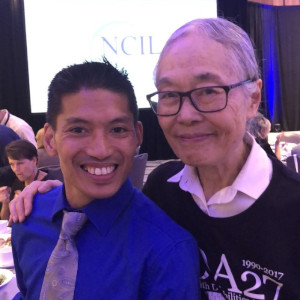 As a Filipino American with developmental disabilities, Mathew McCollough is currently the Director for the District of Columbia Office of Disability Rights (ODR), the Americans with Disabilities Act (ADA) compliance office for the District Government. Mayor Muriel Bowser appointed Mr. McCollough to ODR Director on July 10, 2017. Previously, Mr. McCollough served as the Executive Director of the District of Columbia Developmental Disabilities Council, which promotes independence and equal opportunity for individuals with intellectual and developmental disabilities. Prior to assuming this position, he served as the Communications Manager for the DC Office of Disability Rights. Between 2002-08, he served as a Grants Manager and Trainer with the Association of University Centers on Disabilities and for the National Service Inclusion Project—a training and technical assistance provider that advocates on the behalf of individuals with disabilities to fully participate in service and civic-minded programs within their communities. Mr. McCollough’s professional career began at the United States Department of Justice, Office of Justice Programs, where he served as a Financial Assistant between 2000 and 2002.

Mr. McCollough has volunteered to serve as a mentor to several professionals, with and without disabilities, throughout his career. In 2016, he was inducted in the Susan M. Daniels Disability Mentoring Hall of Fame. Serving as a mentor holds great value and responsibility to him. His grandfather, Norman “Bud” Iehl served as his greatest mentor during his childhood. As a member of “The Greatest Generation”, this gentleman acquired his disability during World War II, and he taught his grandson how to live with a great sense of purpose, integrity and honor.

Mr. McCollough has either been elected or appointed to several commissions and boards with emphasis on health equity and human rights, including the Chair of the District of Columbia State Rehabilitation Council, Mid-Atlantic Regional Health Equity Council and the District of Columbia Commission on Human Rights. Between 2011 and 2015, Mr. McCollough served on the TASH Board of Directors. In this capacity, he focused on implementing cultural and linguistic competency initiatives under the direction and leadership of TASH Board Member Ralph Edwards. In 2016, Mr. McCollough was elected Board President of the National Association of Councils on Developmental Disabilities, and this honor represents the first time in the Association’s history of electing a President with developmental disabilities.

In 2011, Mr. McCollough was appointed by President Barack Obama to serve on the United States Access Board, an independent Federal agency devoted to establishing accessibility standards that promote the full integration and participation of people with disabilities. In 2015, President Obama reappointed him to serve a second term on the U.S. Access Board.

Mr. McCollough is recognized for his communication and training expertise in the areas of education, diversity and sensitivity, cultural competency, person-centered principles, and disability issues to a broad spectrum of audiences—students, advocates, parents, managers, community leaders, and other stakeholders. He received a Master’s degree in Public Administration from American University and a Bachelor’s degree in Political Science from James Madison University. I am 40 years old and live in Santa Barbara, California. I went to the same high school as my brother and sister and also took some classes at City College. I moved into my own home in 2003. Right now, I live with Felicia, my housemate. I have had 6 housemates since I moved into my home and still keep in touch with most of them. I enjoy spending time with my family so I am happy my Dad, Mom and Sister and her family live in the same town as me. My brother and his family live in Colorado.

I started my own business in 2005. The name of my business is Taking Care of Business. I provide personal assistant services to small business owners. I was able to buy a car for my business by using a PASS Plan. Right now, I have 5 clients.

I served on the CalTASH board for 9 years. I have been attending the Cal-TASH conferences since I was in my 20s. I like helping people and know I will be a good member for the TASH board. I can give my experience as a business owner and as a person who is living an enviable life! I am a hard worker, organized, friendly and love sports. 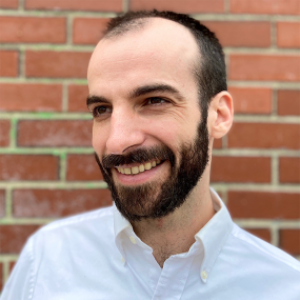 Hezzy Smith, Esq. is a trilingual attorney, a proud sibling, and Director of Advocacy Initiatives at the Harvard Law School Project on Disability (HPOD). He’s responsible for much of HPOD’s self-advocacy programming. He has worked closely with self-advocacy and disabled peoples’ organizations both in the United States and abroad to advocate, research, and produce awareness-raising materials. His Spanish, English, and Bangla language materials have shaped disability rights strategic litigation and important decisions by national and regional courts, and his disability rights scholarship has appeared in collections published by Cambridge University Press and Oxford University Press, as well as both U.S. and international law reviews. 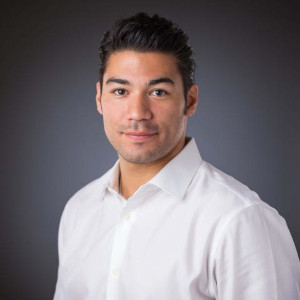 Christopher Rodriguez has an extensive history advocating alongside and on behalf of individuals with disabilities on the local, state, and national levels. Before becoming the President & CEO of Ability360, Rodriguez served as the Executive Director of Disability Rights Louisiana (DRLA), an organization that aims to empower and advocate for the human and legal rights of people with disabilities. In addition, Rodriguez has held several other positions in the disability advocacy community, including Director of Public Policy for National Disability Institute, Director of Governmental Affairs and Media Relations for the Michigan Protection and Advocacy, and Director of Chapter Services at The Arc of Texas.

Rodriguez received his undergraduate degree at the University of California, Berkeley. He earned his graduate degree in Public Affairs at the Lyndon Baines Johnson School of Public Affairs at the University of Texas, Austin. Rodriguez also holds a graduate minor in Disability Studies. Rodriguez’s passion for advocating comes from his experiences as the younger sibling to a person with significant intellectual and developmental disabilities.

While we welcome these new Board members we also acknowledge three outgoing Board members for their service to TASH: Thank you to Jenny Kurth, Grace Francis and Michael Kendrick!