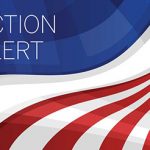 Take Action! Next week, the House of Representatives will most likely be voting on the ADA Education and Reform Act of 2017 (H.R.620), a bill that would seriously weaken the Americans with Disabilities Act (ADA). The bill, introduced by Rep. Ted Poe (R-TX) on January 24, 2017, would do the following: Eliminate the need for businesses and other… read more

This week — probably Thursday, October 5th — the House of Representatives is expected to take up the Budget Resolution approved by the House Budget Committee. They’re doing it to fast-track trillions of dollars in tax cuts that will overwhelmingly go to the wealthy and corporations. The budget pays for these tax cuts by cutting $5.7 trillion over ten years from… read more