TASH is celebrating those who have made history in the disability field, and who have worked tirelessly in the legal field for equity, opportunity, and inclusion for people with disabilities. TASH is pleased to announce the inaugural Outstanding Leadership in Disability Law Award Dinner and Symposium, to be held on Wednesday, June 14 at the George Washington University Marvin Center in Washington, DC. A half-day symposium will explore the history and future of the Individuals with Disabilities Education Act, followed by a reception and dinner to honor Thomas K. Gilhool, who built his career on precedent-setting lawsuits on behalf of people with disabilities.

1:15 pm: Presentation of a video about PARC v Commonwealth of Pennsylvania

1:20 pm: Panel discussion reflecting on PARC v Commonwealth of Pennsylvania and the right to education

PARC v Commonwealth of Pennsylvania was the nation’s first civil rights case brought on behalf of children with disabilities. Prior to that time, children with disabilities were all but excluded from attending public schools. The decree of the Federal District Court for the Eastern District of Pennsylvania in 1972 paved the way for the 1975 passage of P. L. 94-142, now known as the Individuals with Disabilities Education Act (IDEA) — which affirmed every child’s right to a free appropriate public education in the least restrictive environment. The panel will discuss the history of the case, their role in the litigation, and the case’s impact on the universal provision of special education to students in our nation’s public schools.

“In 1975…Congress passed the Education for All Handicapped Children Act. Only three years later, 1.25 million children with disabilities who had never set foot in a public school boarded buses and were sitting in classrooms with teachers, materials, and all of the other traipsing needed for them to take advantage of that new opportunity — an opportunity many doubted possible became a reality.” Beckwith, R., PhD. (2016). Disability Servitude: From Peonage to Poverty. Palgrave Macmillan.

2:30 pm: Presentation of a film by Dan Habib showing what inclusion looks like in special education today

3:00 pm: Endrew F. v Douglas County and the future of the right to education

As the attorney representing PARC in PARC v Commonwealth of Pennsylvania, Thomas K. Gilhool, JD, will reflect on his experiences successfully arguing the case before the US Supreme Court and as the lead counsel in Halderman v Pennhurst, which established the Right to Habilitation, the Right to be Free from Harm, and the Right to Non-Discriminatory Habilitation.

Judith Gran, JD and Frank Laski, JD will join Mr. Gilhool in a discussion about the implications of the US Supreme Court ruling on Endrew F. v Douglas County and how advocates can further use this decision to enforce the right to education for all children with disabilities.

“Congratulations to Tom Gilhool, a trailblazer who has always lit the path on the way to justice.”

Thomas K. Gilhool, JD, is a retired staff attorney from the Public Interest Law Center of Philadelphia (PILCOP). He has been the lead attorney in precedent-setting lawsuits on behalf of people with disabilities. Gilhool was an attorney with PILCOP for 27 years. He retired in 2008 after being active in the public interest community for 41 years.

While serving as consumer advocate and director of law reform at Community Legal Services during the late 1960s, Gilhool won the first legal services case to reach the United States Supreme Court, Smith v. Reynolds, in which the Court struck down the durational residency requirement for public assistance benefits.

Gilhool‘s accomplishments also include his pioneering representation of plaintiffs in PARC v. Commonwealthof Pennsylvania, which established the constitutional right of children with disabilities to a free, appropriate public education. This decision was the source of the first federal civil rights acts in this area: Section 504 of the Civil Rights Act of 1973 and what is now the Individuals with Disabilities Education Act (IDEA). He served as the lead counsel in Halderman v. Pennhurst which established the Right to Habilitation, the Right to be Free from Harm, and the Right to Non-discriminatory Habilitation. In 1990 Gilhool developed a coalition of legal services organizations to enforce a new provision of the Social Security Act, which required states receiving federal funds to provide basic health care to children enrolled in Medicaid. The ensuing litigation led to the additional enrollment of 300,000 children in Pennsylvania.

In 2003 he received a senior Fulbright Fellowship in Japan and brought together Japanese and American advocates for disability rights to consider how each country could build on the success of the other. He then participated in the United Nations drafting of a convention on rights of persons with disabilities. Gilhool is also the first Philadelphian to have served as secretary of education for the Commonwealth of Pennsylvania. He is a graduate of Lehigh University, Yale University and Yale Law School.

“We honor Tom Gilhool, his lifetime of service and many accomplishments.”
– Betsy and David Wice

Thanks to Our Host Committee

“Congratulations, Tom! With deep appreciation from the Board and Staff of the Georgia Advocacy Office.”

“To Tom: our friend and teacher. Your vision for a day in which people with disabilities live, play and work in an integrated world challenged and inspired a whole new generation of Public Interest Law Center lawyers.”

“Brown, Goldstein & Levy commends Tom Gilhool for his enormous contribution to dismantling the longstanding regime of segregation and degradation of people with disabilities. We are delighted to celebrate and thank you.”

“Tom inspired and led the country in litigation advocacy strategies. He challenged systems that stood in the way of inclusion for children and adults with disabilities. Thank you Tom.”
-Tom Nerney and Jean N. Bowen 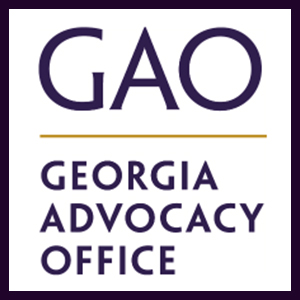