For the inaugural episode of Amplified, TASH’s new podcast series, Rob Horner talks with our own Jenny Stonemeier about Positive Behavioral Interventions and Supports (PBIS). As one of the founders of the field, he is perfectly placed to tell us about the origin and early years, the original vision, what has been accomplished to date and what still remains to be done.

Professor Horner’s talk is a preview of our four-part webinar series, Creating School Cultures Where all Students Thrive — A Series on Positive Behavioral Interventions and Supports and Trauma Informed Practices. 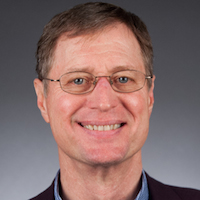 Rob Horner is a professor of special education at the University of Oregon, a former editor of the TASH’s journal, Research and Practice for Persons with Severe Disabilities, and the co-director of the Office of Special Education Programs, Technical Assistance Center on Positive Behavioral Interventions and Supports. 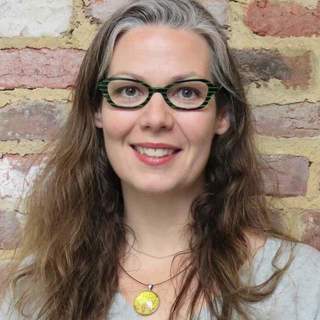 Jenny Stonemeier is the Director of Education Policy at TASH.

Announcer: You’re listening to TASH Amplified, a podcast that seeks to transform research and experience concerning inclusion and equity into solutions people can use in their everyday lives.

Jenny Stonemeier: Welcome to the first TASH podcast. My name is Jenny Stonemeier. I am the director of education policy at TASH and we’re very excited to welcome Dr. Rob Horner from the University of Oregon and the PBIS Center to talk with us today. So, Rob, why don’t you introduce yourself and then we’ll get started.

Rob Horner: Alright, I’m delighted to be here, Jenny, thank you. And my heartfelt appreciation to all the work you all did in the recent TASH conference. So, I am a Professor of Special Education at the University of Oregon and I currently co-direct, with George Sugai and Tim Lewis, the National Technical Assistance Center on PBIS. That Technical Assistance Center has been in existence for approximately 17 years and we currently work with over 21,000 schools in the United States, each of whom are actively engaged in building a positive social culture that makes their schools a more effective learning environment.

Jenny Stonemeier: Great! So we thought that it might be best if we started off by you telling us briefly about the history of PBIS: what were its roots, what was the beginning of the work, and maybe a little bit of how it’s evolved since the early years?

Rob Horner: PBIS got started in the late 1980s — early 1990s. It emerged from two lines of work that were going on.

So those were themes that were early on, that really guided the emergence of what eventually became Positive Behavior Interventions and Supports, and this whole idea that when we do good support systems we do individual students, we do small groups, we do classrooms, but we also start by saying, “how do we actually treat and develop as a learning community that has its own culture?”

Jenny Stonemeier: So it really is a whole-systems approach to creating a culture within a school, as opposed to, sort of, an individual child-based intervention system?

Rob Horner: Well, the short answer is yes but I would qualify. I don’t think it’s an either-or. Remember: PBIS is a multi-tiered system, so we start with a whole school, we add the individual groups, but we never want to lose the commitment to those kids who need the most intense support. And part of what George Sugai really taught us in the early 90s was that we had become overly stipulated on individual techniques and strategies. We loved talking about direct instruction, we were all about building relationships or designing reward systems. And what George really did is he said, those individual strategies are critical but they won’t endure and they won’t produce the kind of change that we really talk about as being quality of life changes unless we also pay attention to the systems variables that are much less sexy but are absolutely critical to sustained implementation — things like the policies of the school; the way that people are hired, trained, coached, and supported; the data systems; the way in which school personnel build and maintain teams. If there’s anything we’ve learned in working with children with severe disabilities, it’s that very seldom do you succeed alone: you succeed in community and team structures. But too often, we just assume that somehow people would figure out how to do that. So part of what PBIS brings is it brings an elegant, tiered system of strategies that are braided together with effective systems that are designed to: (1) allow them to sustain, (2) allow them to maintain high quality, and (3) allow them to adapt to the unique culture community and demands of little schools, big schools, high schools, elementary schools and et cetera.

Jenny Stonemeier: Tell us about your early connection to this work. How did you come to this work?

Rob Horner: Well, I came to this party from having worked in residential support and being in an instructional roll within schools. And also it was part of the timing was just so great. I had the opportunity to be at the University of Oregon. We were doing extensive amount of research with students with severe disabilities, focusing not just on their behavioral issues but also in academics. We were really focused on how to teach skills in a way that they would generalize to the full range of situations that students encountered. And I met George Sugai and George’s work around looking at whole-school systems just fit really, really well with the work that we were doing with [Robert L.] Koegel, Glen Dunlap, [Edward G.] Carr and others. So it was partly serendipity, partly timing, partly really sense of being excited about what we could do with individual students, but frustrated with the extent to which we could do it on scales that really were of social significance.

Announcer: This has been the first episode of TASH Amplified. New episodes will be available every two weeks. For more about the series, including show notes, a complete transcript and a schedule of episodes updated as they become available, visit tash.org/amplified. You can have the series delivered automatically to your device by subscribing on iTunes. Also, if you liked this episode, be sure to leave a rating for us there.

This interview with Professor Horner has been a preview of our upcoming four-part webinar series, Creating School Cultures Where all Students Thrive — A Series on Positive Behavioral Interventions and Supports and Trauma Informed Practices, cohosted with the National Association of Elementary School Principals. The series will be streamed live on Wednesdays from 3:30 to 4:30 PM Eastern, January 27th to February 17th. Archived recordings of the series will also be available from our webinar store. You can learn more about the series and register at tash.org/PBISSpring2016. To learn more about the National Association of Elementary School Principals, visit naesp.org.

TASH is a values and research-based advocacy association located in Washington, D.C., with local chapters coving 18 states. In 2015 we celebrated our 40th anniversary. We offer organization, advocacy, collaboration, scholarship and education for people with disabilities and allies. In addition to this podcast series, we offer a scholarly quarterly, Research and Practice for Persons with Severe Disabilities, a popular magazine, Connections, a series of regional conferences and our Annual Conference. You can learn more about TASH at tash.org. You can receive updates from TASH on this podcast and our other activities on Facebook at facebook.com/TASHORG or on twitter at @TASHtweet.

This has been a sample of the conversations and colleagues available as a member of TASH. We couldn’t do these things without our members. For more resources such as this and to become a member, visit tash.org/join.

We’ll hear from you again in two weeks.