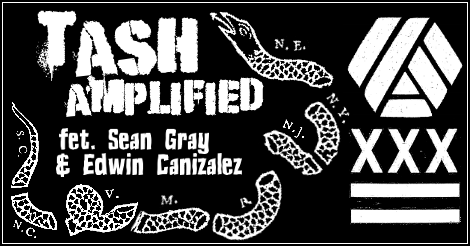 Sean Gray, vocalist for the D.C. punk band Birth (Defects), talks with us on how the ethic of punk music affects his disability advocacy and his project, “Is This Venue Accessible”, a crowd-source website to document the accessibility of places to hear music, first in the Northeast, but increasingly globally. 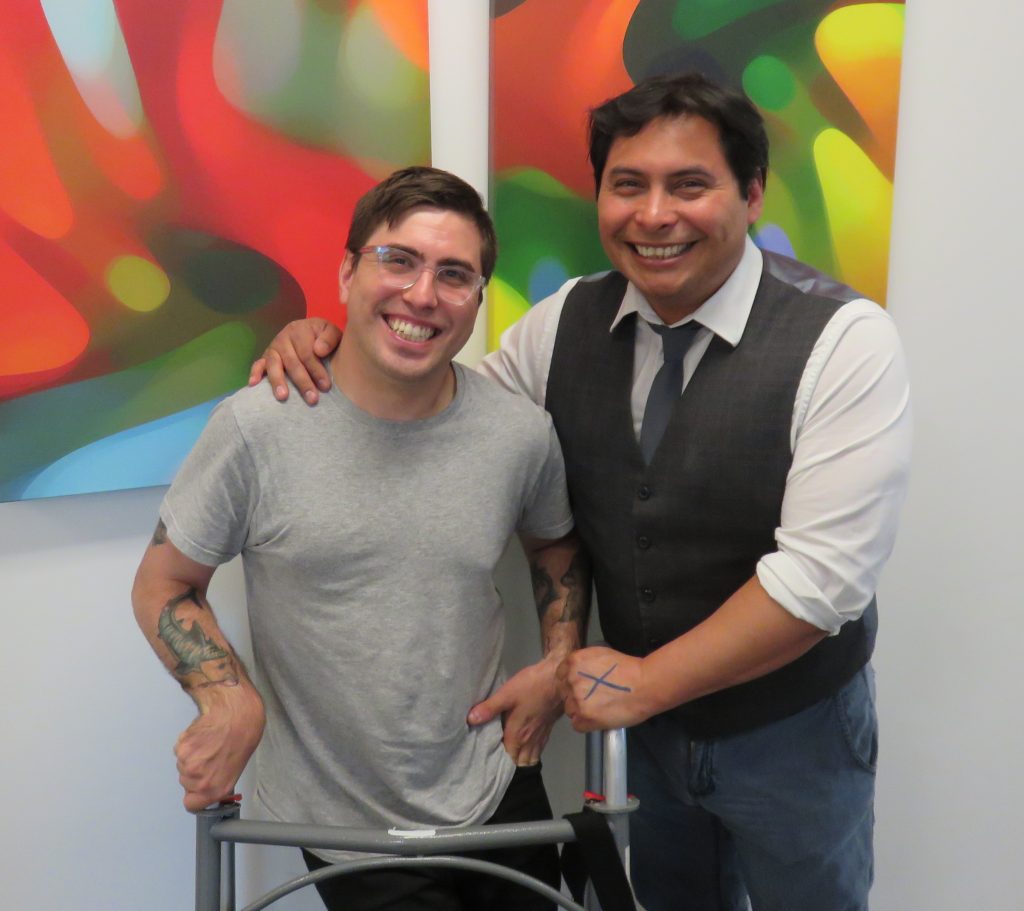 Sean Gray is the owner and founder of the website “Is This Venue Accessible?” which catalogs accessibility information of music venues across the globe. Along with running Accidental Guest Recordings and playing in the band Birth (Defects) [Bandcamp | Facebook], he has also written for press outlets such as: Pitchfork, Washington Citypaper, and NPR’s Bandwidth.fm.

Edwin Canizalez is the Director of Operations and Change Management at TASH. He grew up in Queens in the 1970s and 1980s and his experience of New York hardcore strongly influenced his values of equal access and self-determination.

Announcer: You’re listening to Amplified, a podcast that seeks to transform research and experience concerning inclusion and equity for people with disabilities into solutions people can use in their everyday lives.

First, today’s episode is an interview with Sean Gray, a local punk musician. Our operations director, Edwin Canizalez, is known around the office for his earlier days in the New York hardcore scene, so when we first proposed this episode, he insisted that he get to do it. He’ll be our guest host today.

Third, given the topic, this will be our first episode to include a musical introduction. So, bring the noise, Sean.

Edwin Canizalez: Hardcore punk is a music style that’s been around since the 1980s, and is still around today. This genera is known for its social messaging: things like equity, school-to-prison pipeline, and autonomy. Today’s guest is a veteran of the D.C. hardcore scene, an IT expert at the United Cerebral Palsy, and the originator of a really, really cool crowd-source website called “Is This Venue Accessible“. Sean Gray, welcome to Amplified.

Sean Gray: Thank you, thank you very much.

Edwin Canizalez: Sean, tells a little bit about yourself, beyond the things we have said.

Sean Gray: Well, so, I uh, my day job — I do work for a disability advocacy nonprofit, United Cerebral Palsy National, which is literally about five minutes from here. I do that during the day and, you know, basically do music stuff when I get out of the office. And I’ve been involved in punk and hardcore and underground music — even more so — since I was probably about fifteen or sixteen, and I’m thirty-three now …

Sean Gray: … so it’s been over half my life.

Edwin Canizalez: Now you have a record label too, right? Tell us about that.

Sean Gray: I do. I actually have, I’ve ran record labels since I was probably about eighteen. But the one I’m sort of known for, I guess, is this label called Fan Death Records. We’re most notably known for putting out records by bands like Roomrunner, Twin Stumps; we did a record with — that Andrew W.K. was on, called To Live and Shave in L.A. [Soundcloud sample one, two | Wikipedia article]. And we’ve done about fifty other releases: bands like Clockcleaner, Puerto Rico Flowers. So, a lot of Philadelphia bands — and some Baltimore bands too. But yeah, Fan Death is what I was running for a while, and it still is in existence, but I run a label called Accidental Guest Recordings which is more of like weird experimental punk stuff.

Edwin Canizalez: Now you also play in a band, right? Tell us about your band.

Sean Gray: I do. I’m in a band called Birth (Defects) [ |]. We’ve actually been around as an active band for the last two years or so, but the band sort of started seven or eight years ago, with the now guitar player. And we just started recording demos and they got sort of lost, and we both sort of started our lives. And [we] called back up about a couple of years ago and now the band is actually putting out records. And so we’ve been active for about two years.

Edwin Canizalez: Have you been going on tour?

Sean Gray: Yeah, actually we’ve done two tours. We’ve played in Canada. We’ve done the East Coast. We’re actually going to do the East Coast again in July. And we’re about to release — we have one seven inch out. And we’re putting out another one in July as well.

Announcer: If you would like more of Sean’s work, the new seven-inch by Birth (Defects), including Ascetic, the song featured in this episode, is out now and available through their Bandcamp page. Birth (Defects) are on tour starting in July. You can see them:

To find out about venues in your area or to contribute your intel on accessibility, visit Is This Venue Accessible at itvaccessible.com.

You’ve been listening to TASH Amplified. For more about the series, including show notes, links to media discussed, a complete transcript and past episodes, visit tash.org/amplified. You can subscribe through iTunes or your favorite Android podcast app to have the series delivered automatically to your device so you never miss an episode. If you enjoyed today’s episode, please share it with your friends and on your social networks.

This interview was originally recorded on 19 April 2016.